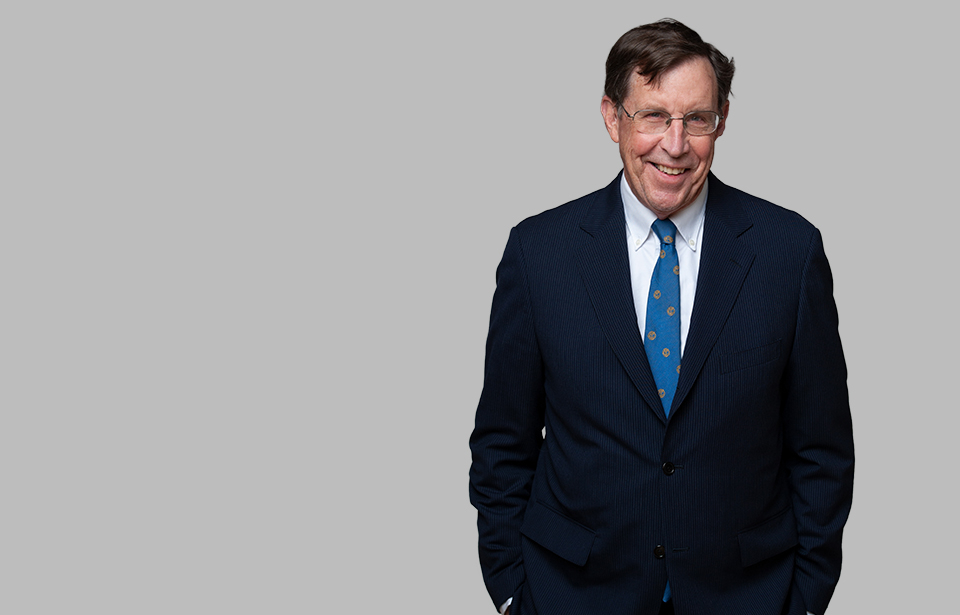 John is chair of the firm's Health Law Group and has played a significant role in the creation and organization of the practice of health law in the state of Maine for the past three decades. John provides a spectrum of legal services to diverse health-related clients in Maine and throughout the country. The providers he has counseled include regional and statewide hospitals and health systems, national, regional and statewide nursing facilities and long-term care organizations, physicians and physician groups, in addition to other providers and practitioners and their trade associations.

John also has handled many matters for regional and national health insurers, managed care providers, other payors and self-insured entities. He has argued health related matters before the Maine Supreme Court and the First Circuit Court of Appeals, including certificate of need, physician credentialing, Medicaid reimbursement, medical liability and board governance matters.

Prior to returning to Maine in 1979, he spent five years working in Washington, D.C., obtaining invaluable experience for his health law practice. During law school, he worked in the Office of the Legislative Counsel for the U.S. House of Representatives. Following graduation from Georgetown Law, he was as a legislative assistant to U.S. Senator William D. Hathaway. He worked on health-related issues before the Senate Finance Committee and Health Subcommittee of the Senate Labor and Human Resources Committee.

In 1977, he was appointed Chief Counsel and Staff Director to the United States Senate Subcommittee on Alcoholism and Drug Abuse. In that position, he oversaw federal programs with annual budgets of approximately $1 billion and coordinated the first Congressional hearing on fetal alcohol syndrome.