Construction Alert: No Liens on Land Owned by the Federal Government - How to Ensure You Still Get Paid

Unpaid subcontractors and suppliers typically can file a mechanic’s lien against a project on public land when they are not paid.  When done correctly, the lien will attach to the property, and protect the unpaid party’s interests.  When the Federal Government owns the property, there is no legal right to file a mechanic’s lien.  However, there is still a remedy under federal law at 40 U.S.C. § 3131, et seq., which is more commonly known as the Miller Act.  The Miller Act requests that before any construction contract exceeding $100,000 is awarded by the Federal Government, the prime contractor must furnish to the Government a performance bond and a payment bond, which become binding when the contract is awarded (note that the corresponding Federal regulations set a benchmark of $150,000 before both bonds are required).

Under the Miller Act, first-tier subcontractors and material suppliers who have entered into a contract with the prime contractor can sue the surety on the payment bond if not paid in full within 90 days after the last day in which they performed labor or furnished materials for which the claim is being made.  Any lawsuit must be filed within one year from the last date that materials or services were provided.  A Miller Act Notice (see below) is not required.

The Miller Act does not provide any protection for subcontractors below second-tier subcontractors/suppliers.  Instead, their remedy is a lawsuit against the party they contracted with.

If a party hasn’t been paid on a Federal project, it can obtain a copy of the bond and contract by sending an affidavit to the contracting agency confirming your role in the project.  Many states have passed “Little Miller Acts” which require contractors post similar performance and payments bonds for any state construction projects. 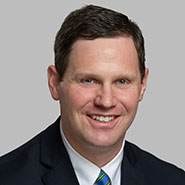