Freedman & Koski, a firm that launched Colorado's legal cannabis market, was awarded a $189,000 consulting contract to write Maine's marijuana regulations that will determine how the state will oversee key issues like a track-and-trace inventory system. But BOTEC Analysis, a California company that lost the consulting job to Freedman & Koski, has asked the state to stay the award of that contract in preparation for an appeal. BOTEC filed paperwork citing scoring improprieties, and also formalized an accusation that Freedman & Koski had failed to disclose a disqualifying conflict of interest in its application for the contract. 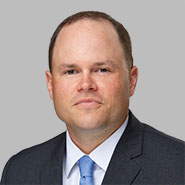 On December 7, 2022, President Biden signed the "Speak Out Act" which became effective that day. The Act prohibits the enforcement of blanket non-disclosure and non-disparagement clauses that are entered into before any allegation...

Background Over the last several years, non-compete agreements, which prevent workers from joining a competitor or starting a competing business for a time after separating from employment, have become less common as states enact...