Morning Sentinel
Share This Page
Link to this item

Steven Hudson is quoted by the Morning Sentinel about an unprecedented proposal which would charge Kennebec Water District customers a fee which would be put toward improving water quality.

Water system advocates said a proposal to charge Kennebec Water District customers a fee to go toward improving water quality would be an “unprecedented” change in how rates are decided at a legislative committee hearing on Thursday. 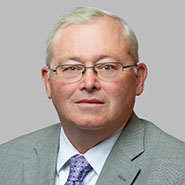