Over the past two decades, 37 states have legalized the production and/or sale of marijuana in some form. However, due to a lack of federal action, interstate commerce is still considered illegal and barred by many states governments. A recent ruling on the constitutionality of residency requirements could change that, with some preparing for a national marijuana marketplace. But with the potential for this and future court rulings to overturn existing markets, industry advocates are making a new push for Congress to provide definite legislation to avoid any hazards or confusion created by the courts' decisions.

While several legal experts agreed that the 1st Circuit ruling could lead to the opening up of interstate markets, Matthew Warner, the attorney who represented Acreage in the case, cautioned against over-interpreting the ruling.

“A lot of these concerns are red herrings because states just don’t have that much authority here,” Warner said. “At the end of the day, it’s going to be up to Congress to pass the broader laws.” 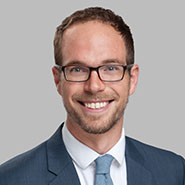 The First Circuit Court of Appeals on Wednesday struck down the Maine law that requires owners of medical cannabis dispensaries to be Maine residents. The Court affirmed a decision from the federal court in...