Preti Flaherty is pleased to announce that attorney Stephan G. Bachelder has joined the firm.

Steve will practice in Preti Flaherty's Business Law and Employment groups from the firm’s Portland office in the areas of executive compensation, tax and business transactions. He represents individual C-suite executives and management teams, as well as employers and investors. His practice involves private equity and venture capital owned businesses and public companies and their executives.

Previously, Steve was the founding and managing partner of a law firm in Portland, Maine focusing on executive compensation and business law, and prior to that he practiced in New York City. He served at the U.S. Department of Labor, Office of the Solicitor from 1978 to 1980.

Preti Flaherty’s Managing Partner, John M. Sullivan said, “We are pleased that a lawyer of Steve’s stature in the Portland legal community has chosen to join us at Preti Flaherty. His reputation in the field of executive compensation extends far beyond New England. Steve will be a significant resource for our current clients and will no doubt bring to the firm substantial new clients from across the country.”

Steve received his undergraduate degree, with honors, from Middlebury College, and he is a graduate of Washington & Lee University where he was an editor of the Washington & Lee Law Review. He lives in Yarmouth, Maine.  He has served on the Board of the Portland Museum of Art and as the President of the Board of Trustees of North Yarmouth Academy. 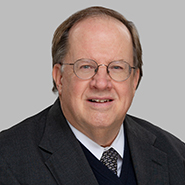