The rule results from a decision by the U.S. Court of Appeals for the Ninth Circuit in Environmental Defense Center, et al. v. EPA, at 344 F.3d 832 (9th Cir. 2003) (“EDC decision”), which found that EPA regulations for obtaining coverage under a small MS4 general permit did not provide for adequate public notice, the opportunity to request a hearing, or permitting authority review to determine whether the best management practices (BMPs) selected by each MS4 in its stormwater management program (SWMP) meets the CWA requirements including the requirement to “reduce pollutants to the maximum extent practicable.”

Under the rule, EPA is taking a “Permitting Authority Choice Approach” that enables the permitting authority to choose between a “traditional” general permit approach under which all steps to achieve Clean Water Act compliance are spelled out in detail up front and a two-step “procedural” approach.  Under the procedural approach an MS4 operator would first submit its Notice of Intent (NOI) requesting coverage under a “base” general permit that the permitting authority would review and assess for compliance.  The public then would be given an opportunity to comment and request a hearing on the merits of the MS4’s proposed BMPs and measurable goals for complying with CWA requirements.  The MS4 would then be required to comply with the requirements of the base general permit as well as any additional requirements established as a result of the public comment process.  The permitting authority could also choose to implement a combination of the traditional and procedural approaches in issuing and authorizing coverage under a general permit.

The hybrid approach taken by EPA is generally viewed favorably by municipalities because of the flexibility it provides for both permitting authorities and MS4s.

EPA does not expect permitting authorities to reopen MS4 general permits currently in effect to comply with the new rule.  Similarly, in those few states where permits are to expire shortly and where the state has already proposed a permit, is in the final stages of permit issuance (i.e., where the public comment period has closed), or has issued a permit prior to the effective date of the rule, EPA does not expect the permit issuance process to be reopened.  However, any new MS4 general permits are to comply with the rule.

In Region 1, EPA is the MS4 permitting authority for Massachusetts and New Hampshire but has delegated MS4 permitting authority to Connecticut, Maine, Rhode Island, and Vermont.  Under EPA’s 2016 Massachusetts MS4 general permit (effective July 1, 2017), and the draft 2013 New Hampshire MS4 general permit (which has been the subject of extended public comment periods and is not yet finalized), submission of a detailed NOI is required with a minimum 30-day public comment period thereafter, following which EPA may impose additional requirements based on its own review as well as review of comments received.  It appears that Region 1 is taking the traditional approach in these states.

Connecticut recently reissued its MS4 general permit, which will become effective on July 1, 2017.  The Maine MS4 general permit is not due to expire until 2018.  The Rhode Island MS4 general permit expired in 2008 and has been administratively continued since; to date no proposed draft permit has been issued.  The Vermont permit was issued in 2012 and is scheduled to expire in December 2017.  No changes are anticipated in these state permits until they are reissued.

The final rule also requires that that permit terms and conditions be “clear, specific, and measurable.”  While some commenters on the rule were in favor of greater certainty, others expressed concerned about potential restrictions on flexibility in meeting permit requirements.  In association with the promulgation of the final rule, EPA is updating its Compendium of MS4 Permitting Approaches to assist permitting authorities in establishing appropriate permit language.  The Compendium provides examples of permitting language that EPA regards as acceptable, as well as language that, in EPA’s view, does not qualify as clear, specific and measurable.

As delegated states start the process of reissuing their existing MS4 general permits, it can be anticipated that a much more involved effort will be required of permitting authorities when they draft new permits, including having to choose among the traditional, two-step procedural, and hybrid approaches for authorizing MS4 permit coverage. 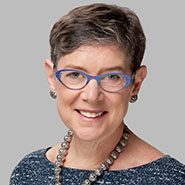 Sigmund D. Schutz was invited to author an update to the Maine chapter in  Reporters Privilege Compendium   for Reporters Committee for Freedom of the Press.  The publication provides a comprehensive and detailed examination of...

In the class-action complaint, Council on International Educational Exchange (CIEE) is cited for breach of contract for failing to refund housing and tuition for cancelled study abroad programs A class-action suit has been filed...