Reflecting the deep rift in public opinion concerning the government’s role in dictating how businesses, health care entities and public sector employers ought to act to stem the spread of COVID-19, a divided U.S. Supreme Court yesterday blocked an injunction of OSHA’s emergency rule which would have required an estimated 80 million employees to either fully vaccinate or submit to a regular testing program and mandatory onsite face covering requirement.  The Court let a separate rule take effect requiring vaccinations for employees in nursing homes, hospitals and other facilities that receive Medicare and Medicaid payments.

With respect to OSHA’s ETS, the Court determined that the Sixth Circuit's decision to lift the injunction on the ETS was unwarranted and re-imposed a stay. Although that ruling does not technically dispose of the underlying legal challenges to the ETS, the decision relieves employers from complying with the ETS during the pendency of the litigation at the Sixth Circuit, and any further appeals.  OSHA may opt to push ahead to implement some form of national standard regulation aimed at workplace pandemic prevention, although for now that is unclear.

In determining that OSHA lacked authority to issue the ETS, the Court noted that COVID-19 is not exclusively an occupational hazard, but rather something that everyone faces in their daily lives. Given that OSHA is principally tasked with regulating workplace health and safety, the Court determined that the regulation was likely beyond OSHA's legitimate reach. And, in holding that the balance of equities favored a continuation of the Sixth Circuit’s injunction, the majority opined that employers stood to incur billions of dollars in compliance costs and the ETS would cause thousands of workers to quit their jobs.  The Court found that the ETS operated outside of OSHA’s authority by regulating public health more broadly rather than within its authority, which is limited to occupational hazards. The Court found that, although mandatory vaccination requirement would likely save lives and prevent hospitalizations, it was not the Court's role to weigh such trade-offs, which instead, was a responsibility better left to the legislative branch.

Although the Supreme Court’s ruling might settle the question of whether a federal mandate will be imposed on the private sector, at least through agency rulemaking, in Maine, the public sector will be keeping a close eye on a meeting of the Board of Occupational Safety & Health (BOSH) scheduled for January 18, 2022.  BOSH, which has jurisdiction over Maine public sector employers, had intended this meeting to adopt an emergency rule replicating the ETS rule.  The question will be whether BOSH has any intention – or authority – to move forward with a state-based rule in the absence of the federal mandate.

The Court’s decision to uphold the vaccination mandate imposed by the Centers for Medicare and Medicaid Services (CMS) did not come as a big surprise given the trend of lower court decisions on the subject.  While in states like Maine this ruling has no practical impact because a state mandate has already been imposed and upheld, in many other states the ruling lifts injunctions that had blocked the federal mandate from applying.  New Hampshire is one such state.  Nationwide employers in the healthcare sector are now mandated to impose vaccination mandates on all their workers, regardless of location.  The general guidance provided by CMS should be followed by all subject to the rule.  That guidance, dated December 28, 2021, sets certain compliance thresholds to be achieved within 30 and 60 days, with 100 percent vaccination compliance required within 90 days of that date.  It is unclear whether CMS will allow additional time to covered employers in the states affected by the Court’s decision.

Where does all this leave employers below the 100-worker threshold and those which would have been obligated to implement the ETS had the Court upheld the Sixth Circuit’s stay?

Private sector employers have the flexibility to develop and implement their own strategies or do nothing, subject of course to existing state and local laws which were unaffected by the Court’s ruling on the ETS.  To date, either through executive orders or legislative action, 20 states have enacted prohibitions on the imposition by businesses and localities of proof-of-vaccination requirements or so-called vaccine passport programs. By contrast, another 5 states have taken action to facilitate the creation of digital vaccination status applications or have passed laws exempting fully vaccinated individuals from some COVID-19 restrictions if they can provide proof of vaccination.  For now, the only common denominator is this -- because OSHA cannot impose its ETS on employers any policy decisions with respect to workplace pandemic prevention are being left to individual states.

Private sector employers in Maine, New Hampshire and Massachusetts remain subject to whatever state and local regulations are in place concerning workplace pandemic prevention requirements.  Beyond those, employers have a myriad of choices in crafting how to supplement those requirements if at all.  Employers that wish to implement vaccination incentives for their employees, those who want to set up a periodic testing program, and even those who wish to implement some form of mandatory vaccination requirement, are in a position to develop and implement policies and procedures scaled to their operations.

Preti's Labor and Employment team can guide employers through these options and help determine which workplace pandemic prevention strategies achieves the best balance between worker safety, your operational demands and legal compliance. 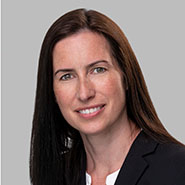 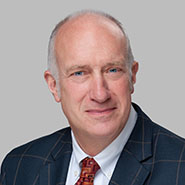 You might be sick of thinking about COVID-19 but people are still getting sick and employers must take appropriate action to keep the workplace safe. There has been a steady increase this summer in...

What to Expect When You're Expecting: Two New Federal Laws Expand Workplace Rights and Protections for Pregnant and Nursing Employees

We  last updated you in early August  regarding the latest COVID-19 quarantine and isolation guidance from the Centers for Disease Control and Prevention (“CDC”).  Cold and flu season is now upon us, and experts are...