“This week has been the longest year.”

If you were to ask someone two weeks ago when this year’s Legislature would be wrapping up its session, most would have replied that they were right on track for April 15th - the statutory adjournment date for Maine’s second regular session. That all changed last week when Maine experienced its first confirmed case of COVID-19.

On March 13th, Senate President Troy Jackson and Speaker of the House Sara Gideon issued a joint statement to members of the 129th Legislature stating their intention to suspend the remainder of the legislative session upon the completion of its work on March 17th in an effort to lessen the spread of COVID-19. The Presiding Officers further stated that the Legislature would consider bills “directly related to coronavirus response, health care, and other critical pieces of legislation deemed necessary, then adjourn sine die.” Any unresolved matters would be carried over to a future session of the 129th Legislature.

With Friday’s announcement, the Appropriations and Financial Affairs Committee worked throughout the weekend to craft a revised supplemental budget proposal (LD 2126). The bipartisan agreement reached and voted on Monday afternoon centers around protecting the health and wellbeing of Mainers as the state responds to the coronavirus pandemic.

Highlights of the $73 million supplemental budget proposal ($52 million less than originally proposed by Governor Mills earlier this year) include:

The emergency proposal received overwhelming support from House and Senate members during Tuesday’s session before being signed into law by the Governor later that night.

One of the first items addressed during Tuesday’s fast-paced session was LD 2163, An Act To Address Funding Needs Related to COVID-19. Not knowing how long the current pandemic will last and aware that certain obligations and expenses related to the operation of state departments and institutions may become due and payable, this emergency legislation authorizes transfers of up to $11 million through January 15, 20201 from the Reserve for General Fund Operating Capital within the Department of Administrative and Financial Services to the COVID-19 Response Fund in order to fund needs associated with COVID-19. In a nutshell, this allows the Governor to pay bills related to COVID-19 for the remainder of the year without additional approval from the Legislature.

Lawmakers also reached compromise on a bond package related to improving transportation and internet connection infrastructure. the $120 million bond package dedicates $105 million for improvement of highways and bridges statewide and for multimodal facilities or equipment related to transit, freight and passenger railroads, aviation, ports, harbors, marine transportation and active transportation projects, and $15 million for investments in high-speed internet infrastructure for unserved and underserved areas. If approved by voters in June, both bonds would generate matching funds - $275 million in matching federal and other funds for transportation and up to $30 million in federal, private, local or other funds for broadband.

Late in the day, the Administration’s omnibus emergency bill allowing for greater flexibility for state and local governments to operate in the coming weeks moved forward swiftly between the Chambers. LD 2167, An Act to Implement Provisions Necessary to the Health, Welfare and Safety of the Citizens of Maine in Response to the COVID-19 Public Health Emergency, as enacted by the Legislature, includes:

Legislative leaders also took an unprecedented move of closing the State House complex to the public on Tuesday. Only lawmakers, State House staff and members of the press were allowed access Tuesday. Although this decision was made to limit possible exposure and spread of the virus, lobbyist and public communications with elected officials and their staff were severely impacted.

One remaining question is whether we have seen the last of the 129th Legislature. Earlier in the day and before adjourning sine die shortly before 10 pm, lawmakers approved a joint order laying the groundwork for and carried over all legislation “not finally disposed of upon the adjournment” to any future Special Session this year. Governor Mills has expressed her desire to bring members back to Augusta for a special session when it is safe to do so but has indicated that it is “her strong preference that during such a session priority attention be given only to the most pressing matters.” The Legislature may also call itself back for a Special Session at the call of the President of the Senate and the Speaker of the House with the consent of a “majority of the Members of the Legislature of each political party.” Only time will tell if agreement will be reached as to what legislation falls into this category.

We will next provide an update with more details on the Governor’s omnibus emergency bill, LD 2167.

Please do not hesitate to contact us with any questions. 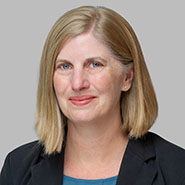 The 130 th Maine State Legislature convened on Wednesday, December 2 nd to be sworn-in, to elect the Speaker and the Senate President, and to elect Maine’s Constitutional Officers. Due to the COVID-19 epidemic...

Senate Republicans held their leadership votes on Tuesday, November 10 th . As expected, Senator Jeff Timberlake was elected as Republican Leader. Both Senator Matt Pouliot and Senator Trey Stewart ran to be the...

As was promised by Senate President Troy Jackson, the presiding officers of the Maine Senate and House announced committee assignments for the recently sworn in 130th Legislature this afternoon. This is roughly a week...

(Current as of 11/4/20 at 2:30 PM EST) Presidential Maine is one of two states in the country that splits its electoral votes. As in 2016, this turned Maine’s more rural 2nd Congressional District...