Laconia Daily Sun
Share This Page
Link to this item

On Tuesday, Wolfeboro Police Chief Dean Rondeau and the HSUS issued a statement saying they were pleased.
Rondeau said he was thrilled with the verdict. “I would like to extend my heartfelt thanks to prosecutors Simon Brown and Timothy Morgan, as well as The Humane Society of the United States, Conway Area Humane Society and Pope Memorial SPCA for their incredible work and dedication to rescuing and seeking justice for these Great Danes.” 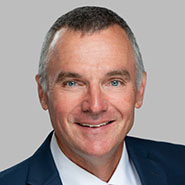