The Biddeford-Saco Area Economic Development Corp. says Harold Royals defaulted on $125,000 in loans and misspent some of the money borrowed for the Steer N Stein restaurant, which has yet to open.

The development group also accuses Royals of spending loan money 'on activities unrelated to the start-up of the restaurant.'

'The circumstances in this case required the EDC to seek relief from the court,' said Portland attorney Adam Shub, who represents the development group.

Royals, whose restaurant was due to open Tuesday at 140 Main St., did not respond to calls and emails seeking comment Thursday evening. A news release issued Thursday by the city of Biddeford indicates the restaurant will not open as planned. 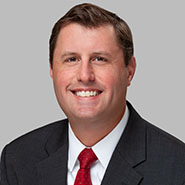 Preti Flaherty is proud to announce that attorney Bodie B. Colwell has been elected to the Management Committee of the International Women's Insolvency & Restructuring Confederation (IWIRC), where, effective January 1, 2021, she will serve...

As we head in to year-end holidays and activities, the clock is ticking on the CARES Act provisions that could help businesses in financial distress and save creditors’ customers – the higher-debt limit that...

NOTE: This article addresses the Executive Orders, Pandemic Management Order, and CDC Order in effect on November 3, 2020. As the pandemic changes, these orders are all subject to change and this information may become...