Concord, New Hampshire (May 6, 2010) – Preti Flaherty announced today that the U.S. Bankruptcy Court in Manchester, N.H. has confirmed a plan of reorganization for the firm's client, The Mark Wentworth Home. The Chapter 11 plan was confirmed in only 93 days – one of the fastest reorganizations, if not the fastest on record in New Hampshire history. The Mark Wentworth Home is a 100 year-old non-profit, which operates a state-of-the-art senior living community in Portsmouth, N.H. serving 67 residents and employing 90 people.

According to Preti Flaherty Attorney John M. Sullivan, who leads the firm's Bankruptcy & Creditors Rights Practice Group, "the Home was able to shed nearly $7.0 million in debt through this Chapter 11 case in just over 90 days. The Home needed quick financial relief and was concerned that a protracted bankruptcy might cause it to lose residents and employees. So our mission was clear, to push the process faster than is customary."

The hearing was held on April 30, 2010, where Sullivan reported to the Court that the Home had met all confirmation requirements and was able to make all required payments to its creditors. Ultimately, all creditor classes voted in favor of the reorganization plan.

"We could never have accomplished this feat without the direction of the Home's Trustees and the support of the Home's financial and administrative staff." Sullivan noted. "It was a privilege to work with such a talented group, who all share a commitment to the betterment of the lives of Seacoast seniors."

John M. Sullivan is a Director in the firm's Concord, N.H. office, where he practices corporate law, commercial finance, general business matters and bankruptcy. He represents both lenders and borrowers, including several of the area's larger manufacturing concerns, and has had confirmed several Chapter 11 reorganization plans. John is admitted to practice law in New Hampshire, Massachusetts and Maine. He is a graduate of Washington and Lee University School of Law and Bowdoin College and resides in Concord, N.H. 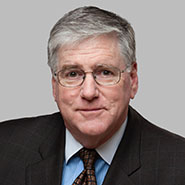