In a move that significantly expands its pioneering Climate Strategy Practice Group, Preti Flaherty Beliveau & Pachios, LLP is pleased to announce that it has hired Jeffrey Thaler, a leading climate and clean energy attorney. Thaler comes to the Firm following over a decade of work on climate, offshore wind, and other energy matters at the University of Maine and as a professor at the University of Maine School of Law.

Preti Flaherty’s Managing Partner David Van Slyke and former Chair of its Environmental Group said, “Today, virtually every energy issue is a climate issue. This was obvious to us more than a decade ago, at which time we created a Climate Strategy Group to complement our Energy Group and our Environmental Group. Now, almost a dozen Preti attorneys focus most of their efforts on climate-related issues. Adding Jeff Thaler to our team greatly expands the Firm’s ability to foresee and solve client challenges in the generation, transmission, and smart use of all energy. His vast experience in permitting large projects, including developing offshore and onshore wind, coupled with his experience with federal and state agencies, will aid our clients on regionally and globally important climate-related projects and problems.”

Thaler, who litigated significant environmental and energy issues while previously with two prominent Maine law firms, taught climate and environmental law at the Maine Law School and advised the University on energy legal issues, including its first-in-the-nation floating offshore wind technology and related projects. Thaler earlier worked as the Staff Attorney and Director of Advocacy at the Maine Audubon Society. He also has advised several Maine Governors on energy and environmental issues.

Thaler is one of only three active Maine attorneys honored by admission as a Fellow of the American College of Environmental Lawyers—an organization of the top environmental lawyers in the U.S. that Thaler co-founded and for which he served as its 3rd President.

“I’m terrifically excited by the opportunity to return to the private sector at this critical moment in the climate crisis,” said Thaler. ”Preti Flaherty’s Climate Strategy Group is deeply involved in the state, regional, national, and global effort to transition our energy production from fossil fuels to renewables. At Preti Flaherty, I can have the greatest effect in the shortest time, and time is of the essence in this critical effort.”

Thaler is a graduate of Yale Law School and Williams College. Since 2019, he has taught law-related courses for Duke University’s campus in Kunshan, China, first through the Fulbright Specialist program and then as a Visiting Professor. Thaler was recently named by LawDragon as one of the Top 500 Environmental Attorneys in the United States. 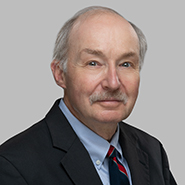 Employers are starting to establish a new workplace normal. Employees are often returning to work in an environment that is dramatically different than the one they left two years ago. How we communicate with...