The Board of Commissioners for Piscataquis County yesterday filed a motion to intervene in the State’s lawsuit against the owner of Moosehead Mountain Resort in the Greenville and  Moosehead Lake region.  The motion to intervene is the most recent significant development in ongoing legal proceedings of consequence to the future of the ski resort and the economic health of the region.

Attorney General Janet Mills filed the State’s lawsuit in 2016, in an effort to force the current owner, Moosehead Mountain Resort, Inc., to repair and fully reopen the resort. The lawsuit seeks to restore the lakeside ski mountain to the attractive tourist destination that brought tens of thousands of visitors to the regional annually, at least through the late 1980s.

According to the complaint filed by the County Commissioners, “the State sold the resort in 1986, but to protect [the] wonderful natural characteristics of the resort and its 1216 surrounding acres, the State placed a conservation easement on the Resort property” which “ensured both that the resort would remain a natural resource for the County for generations to come, and that the resort would continue to be an economic cornerstone of the County and the Moosehead Lake Region.”  The County alleges that the Moosehead Mountain Resort, Inc. has breached the easements governing the resort, and by moving to intervene in this lawsuit the County “now seeks to exercise its right to enforce the terms of the easement and return the resort to a once-again economic force for the region.”

The County’s motion to intervene was prepared by attorneys in the law firm of Preti Flaherty. The motion to intervene comes on the heels of an important decision by the Court denying Moosehead Mountain Resort, Inc.’s motion for summary judgment.  Preti Flaherty filed an amicus brief against the motion for summary judgement on behalf of the Town of Greenville and the Moosehead Lake Region Economic Development Corporation. The resort owner had asked the court to decide as a matter of law that the easement governing the property is unenforceable and that the lawsuit be dismissed.  The court declined to do so, and so the State’s lawsuit is proceeding to discovery and an ultimate trial. In accord with a footnote in the Court’s decision, the County Commissioners now seek to participate in the legal proceedings on behalf of the County and its citizens to ensure that the public interest in the conservation easement created by the State is served. 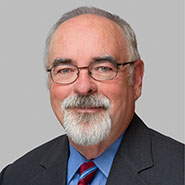 As part of our ongoing efforts to promote racial justice, Preti Flaherty has joined with the Maine Justice Foundation and other local businesses and philanthropists to create the Racial Justice Fund . Each of the 22 founders...

The Maine Workers’ Compensation Board met remotely on October 13, 2020, for its monthly business meeting. Following are some developments with respect to reappointments, the appointment of a Section 312 examiner, and claims related...

Twenty-three Preti Flaherty attorneys have been selected for recognition by Super Lawyers , including thirteen Rising Stars. Super Lawyers rates outstanding lawyers throughout the United States in more than 70 practice areas. Only five...

Yesterday, the U.S. Department of Justice announced that a federal grand jury in Savannah, Georgia, indicted a ready-mix concrete company and four individuals for fixing prices, rigging bids, and allocating customers and markets in...

The Maine Workers’ Compensation Board has completed its annual update with respect to Appendix III (inpatient facility fees) for dates of discharge on or after October 1, 2020, in accordance with Title 39-A M.R.S.A...