Today, in a 6-3 opinion, the Supreme Court held that a Clean Water Act (CWA) permit can be required for discharges to groundwater “if the addition of the pollutants through groundwater is the functional equivalent of a direct discharge from the point source into navigable waters.”  Justice Breyer authored the opinion for the court in County of Maui v. Hawaii Wildlife Fund and was joined by Chief Justice Roberts and Justices Ginsburg, Sotomayor, Kagan, and Kavanaugh.  590 U.S. ­­__ (Apr. 23, 2020).  A concurring opinion was entered by Justice Kavanaugh and dissenting opinions were entered by Alito and Thomas, the latter was joined by Gorsuch.

The Ninth Circuit’s opinion below held that a NPDES permit was required when a pollutant was “fairly traceable” from a point source to a navigable water.  Haw. Wildlife Fund v. Cty. of Maui, 886 F.3d 737, 749 (9th Cir. 2018).  The Supreme Court found that this test was too broad.  However, in reversing the Ninth Circuit’s standard, the Supreme Court did not endorse the Environmental Protection Agency (EPA)’s argument that the United States never has CWA jurisdiction over a discharge of pollutants that first enters groundwater, describing the Solicitor General and EPA’s argument as “neither persuasive nor reasonable.”

Prior to this decision, the reach of the CWA over discharges of pollutants to groundwater was unclear.  The CWA requires a NPDES permit for a “discharge of a pollutant” “from any point source” to “navigable waters.”  33 U.S.C. §§ 1311(a), 1362.  EPA’s long-standing practice had been to exert jurisdiction over discharges to groundwater on a case-by-case basis.  See EPA, NPDES Permit Writer’s Manual at 1-7 (2010), http://www.epa.gov/sites/production/files/2015-09/documents/pwm_2010.pdf (“[D]ischarges through non-jurisdictional features [groundwater] that reach waters of the United States may need a permit even if the discharge is not directly to a jurisdictional waterbody.” (emphasis added)).  Circuit Courts split in recent years over when a discharge of pollutants to an underground well or holding pond required a NPDES permit because the pollutants were later shown to have traveled through groundwater to a clearly jurisdictional river or lake.  Compare Upstate Forever v. Kinder Morgan Energy Partners, L. P., 887 F. 3d 637, 651 (4th Cir. 2018) (jurisdiction when “direct hydrological connection” between groundwater and navigable water), with Ky. Waterways All. v. Ky. Util. Co., 905 F. 3d 925, 932–38 (6th Cir. 2018) (no jurisdiction for discharges through groundwater).

The facts in this case involve the waste water treatment plant for the County of Maui.  The County had discharged its treated waste water to four underground wells.  At the District Court, it was shown through elaborate dye-tracing tests that pollution from those wells traveled through groundwater to the Pacific Ocean.  24 F. Supp. 3d 980, 998 (D. Haw. 2014).  The tests showed that over 50% of the County’s discharges ended up in the Pacific Ocean and took about three months to travel from the wells to the Ocean.  Both the District Court and Ninth Circuit found the CWA applied to the County’s discharges but offered different standards for when discharges to groundwater are jurisdictional under the CWA.

Although the Court made clear that discharges to groundwater that later reach navigable waters can require a permit, the application of the functional equivalency test, with its fact-based first and second tier factors will likely lead to confusion for regulators and the regulated community as well as litigation regarding whether CWA permits are in fact required for discharges to groundwater. 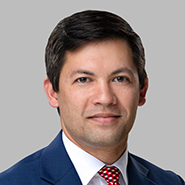 Preti Flaherty attorney Jeffrey Talbert has been recognized in Best Lawyers in America 2021 as the “Lawyer of the Year” for the Portland region in the field of Litigation - Environmental. Inclusion in Best...