In May, the Portland Board of Harbor Commissioners approved a fee hike for piloting foreign ships into Portland Harbor, a measure required by state and federal law. Harold Pachios, the attorney for Canada-based ferry company, Bay Ferries, contends that the board failed in its role as a regulator when it approved the fee increase without reviewing the financials of the two pilots  licensed in Portland Harbor.

“Clearly the ‘independent’ commission and the monopoly it regulates are cooperating to ensure the financials are hidden from the public,” Bay Ferries’ lawyer, Harold Pachios, a founding partner with Preti Flaherty, said.

Bay Ferries runs “The Cat” ferry through Portland harbor almost daily during the summer and said that the increased pilotage fee would cost it $96,000 more each year. 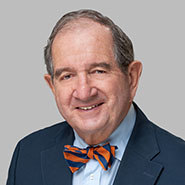 Since Mainers voted to pass the Maine Marijuana Legalization Act in 2016, lawmakers have been wrestling with how to regulate sales. Last week, recreational marijuana businesses in Maine cleared a major hurdle to operation...