Portland, Maine—Benchmark Litigation has named Preti Flaherty as the Maine Firm of the Year at its Benchmark 2015 U.S. Awards on January 29th. This is the third consecutive win for the firm.

Benchmark honors litigators and law firms in 50 states plus the District of  Columbia as well as ten practice areas. Firms are chosen "for the gravitas of their case matters during 2014, including potential precedent set or verdicts with notably high dollar amounts at stake." Preti Flaherty has been listed as a "Highly Recommended Law Firm" by Benchmark and seven of its attorneys are currently listed as "Local Litigation Stars" and another three as "Future Stars."

The honor places Preti Flaherty among dozens of other leading national and  international firm recipients such as Ropes & Gray; Davis Polk; Sidley Austin; Lane Powell; and corporate in-house teams such as Chevron and Microsoft.

Hundreds of leading U.S. litigators and attorneys gathered for the awards ceremony and gala dinner at the Essex Hotel in New York City. Benchmark Litigation's Managing Editor Michael Rafalowich spoke during the dinner and  described Preti Flaherty as a "firm that is quickly growing into a regional litigation powerhouse." Preti Flaherty's Timothy Bryant, partner and co-chair of the Litigation Group, and Peter Callaghan, director, accepted the award on behalf of the firm.

"Being chosen as the Maine Litigation Firm of the Year is a tremendous honor," said Bryant. "Winning three years in a row speaks volumes about the quality and depth of our litigation team."

More information on Benchmark Litigation and the 2015 awards ceremony can be found at www.benchmarklitigation.com. 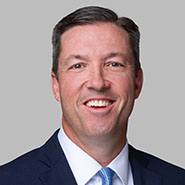 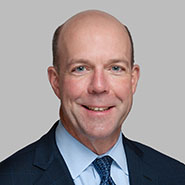 Preti Flaherty is pleased to announce that attorney Sigmund Schutz was recently named to the American Arbitration Association’s (AAA) Roster of Arbitrators. AAA is a not-for-profit organization in the field of alternative dispute resolution...