Preti Flaherty is pleased to announce that the firm’s partnership has named attorneys R. Benjamin Borowski and J. Andrew Cashman as partners. Borowski is a member of the firm's Energy & Telecommunications, Cleantech and Renewable Energy Law, and Climate Strategy Groups and works in the firm’s Portland, Maine, office. Cashman is a member of the firm's Government Affairs Group and works in the firm’s Augusta, Maine, office. Both previously practiced as associates.

Borowski works with clients of all sizes and across a wide range of industries on a variety of renewable energy and efficiency issues, including onshore and offshore wind, large- and small-scale hydro, marine hydrokinetic, biomass, and solar. Prior to joining Preti Flaherty in 2011, he served as a paralegal in Boston, where he researched and analyzed green and Cleantech venture capital firms. Borowski is a graduate of Vermont Law School, where he earned a J.D. with a Certificate in Energy Law, and a M.S. in Environmental Law and Policy. He has been listed as a Super Lawyers "New England Rising Star" for three consecutive years in the areas of Energy & Natural Resources, Utilities, and Mergers & Acquisitions, and in Chambers USA as a 2017 Associate to Watch in the area of Energy & Natural Resources. Borowski is a native of Northampton, Massachusetts, and currently resides in Portland, Maine.

Cashman focuses his practice on general business regulation and improving the regulatory climate for businesses, representing a wide range of clients at every level of Maine government. A former advisor to Governor John Baldacci, Cashman served as the Director of Boards and Commissions within the Office of the Governor, where he was the primary advisor on thousands of appointments to hundreds of state boards and commissions. An influential voice in Maine politics for more than a decade, he has been recognized for two consecutive years as a Rising Star in Lobbying by Super Lawyers. Cashman is a native of Washington State, and currently resides in Freeport, Maine. He is a graduate of Bowdoin College and the University of Maine School of Law. 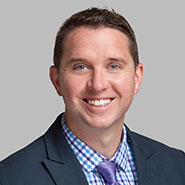