Serving as counsel for The Reporters Committee for Freedom of the Press (RCFP) and 14 other news media organizations, Preti Flaherty attorneys Sigmund Schutz and Alexandra Harriman filed with the Maine Supreme Judicial Court a friend of the court brief defending Maine’s anti-SLAPP law, Title 14, Section 556 (14 M.R.S. § 556). The media coalition filed the amicus brief at the invitation of the Maine Court to address the interpretation and application of Maine's anti-SLAPP statute in a pending appeal, Thurlow v. Nelson. As the RCFP explains here, SLAPP is short for Strategic Lawsuits Against Public Participation. Anti-SLAPP statutes are intended to prevent people from using courts, and potential threats of a lawsuit, to intimidate people who are exercising their First Amendment rights.

The RCFP's amicus brief does not directly take a position on the merits of the underlying lawsuit and instead addresses three of questions of broad importance to the future of Maine’s anti-SLAPP law. First, it argues that the Maine statute does not violate the constitutional right to a jury trial, as no such right exists where there is no genuine issue of fact or where judgment is required as a matter of law. To the extent courts are asked to make pretrial factual determinations when deciding a special motion to dismiss under 14 M.R.S. § 556, such determinations mirror those routinely undertaken by courts in deciding other types of issues in the course of civil litigation. Second, the brief argues that the Court should not limit the definition of petitioning activity to apply only to those statements made in connection with zoning or other land development disputes. Finally, it urges the Court not to implement a process similar to that adopted by the Massachusetts Supreme Judicial Court, which would permit a non-moving party to avoid dismissal under 14 M.R.S. § 556 by establishing that it did not intend to interfere with the moving party's petitioning rights—a standard that would greatly weaken the protections to Maine people now available under the anti-SLAPP law.

The following groups signed on to the brief: 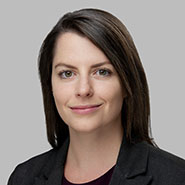 A group of newspapers in Portland, Lewiston, Augusta, and Waterville, represented by Preti Flaherty attorney Sigmund Schutz, have filed a motion in federal court requesting the identity of nine healthcare workers seeking religious exemption from the state's...

Preti Flaherty attorney Simon Brown has coauthored an article for  NH Business Review  on the subject of ongoing fallout of the pandemic on the real estate industry and some key lessons learned over the...