Preti Flaherty is pleased to announce that John Doyle was recently recognized at the eleventh annual Irish Legal 100 reception, hosted by Daniel Mulhall, Ambassador of Ireland to the United States.

John is chair of the firm's Health Law Group and provides legal services to health-related clients in Maine and throughout the country. For the past three decades, he has played a significant role in the creation and organization of the practice of health law in the state of Maine, including arguing before the Maine Supreme Court and the First Circuit Court of Appeals. Prior to joining the firm, John served as Chief Counsel and Staff Director to the U.S. Senate Subcommittee on Alcoholism and Drug Abuse.

Founded in 2008 by the Irish Voice newspaper in New York, the Irish Legal 100 is comprised of some of the most accomplished and distinguished lawyers of Irish descent in America. Honorees are chosen from law schools, law firms, the judiciary, and industry, and feature attorneys, legal scholars, and members of the judiciary who have distinguished themselves in their respective fields. The Irish Legal 100’s mission is to bring people together, foster modern relationships with Ireland, and advance the interests of Irish America. 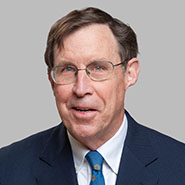 As part of our ongoing efforts to promote racial justice, Preti Flaherty has joined with the Maine Justice Foundation and other local businesses and philanthropists to create the Racial Justice Fund . Each of the 22 founders...

Yesterday, the U.S. Department of Justice announced that a federal grand jury in Savannah, Georgia, indicted a ready-mix concrete company and four individuals for fixing prices, rigging bids, and allocating customers and markets in...

For the past 26 years, Preti Flaherty's Employment Law Group has been keeping clients, business partners and friends up to date on recent employment law developments through our annual Employment Law Summits. Earlier this...