The Department of Homeland Security (DHS) and the Department of Labor (DOL) recently announced the forthcoming publication of a joint temporary final rule to make available an additional 35,000 H-2B temporary nonagricultural worker visas for the second half of fiscal year (FY) 2022. These visas will be set aside for U.S. employers seeking to employ additional workers on or after April 1, 2022, through September 30, 2022.

The supplemental H-2B visa allocation consists of 23,500 visas available to returning workers who received an H-2B visa or were otherwise granted H-2B status during one of the last three fiscal years. The remaining 11,500 visas, which are exempt from the returning worker requirement, are reserved for nationals of Haiti, Honduras, Guatemala, and El Salvador.

The H-2B program permits employers to temporarily hire noncitizens to perform nonagricultural labor or services in the United States. The employment must be for a limited period of time, such as a one-time occurrence, seasonal, or intermittent need. Employers seeking to hire H-2B workers must take a series of steps to test the U.S. labor market, including providing a certification from the DOL that proves there are not enough U.S. workers who are able, willing, qualified, and available to do the temporary work for which they seek a prospective foreign worker, and that employing the H-2B workers will not adversely affect the wages and working conditions of similarly employed U.S. workers.

Additional details about how the supplemental allocation will be implemented, including the worker protections, will be provided in the forthcoming temporary final rule. It is expected that the final rule will be issued sometime mid to late May. 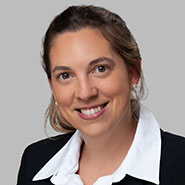 35,000 Additional H-2B Visas Now Available for the Second Half of Fiscal Year

United States Citizenship and Immigration Services announced that the H-1B initial registration period for the FY 2023 cap is scheduled to open at noon ET on March 1, 2022 and will remain open until noon ET...