The United States patent system will soon transition from a first-to-invent system to a first-inventor-to-file system. This change, part of the Leahy-Smith America Invents Act, effective March 16, 2013, brings U.S. patent law into greater harmony with the rest of the world. It will, however, have significant repercussions for inventors and patent owners.

Under the present system, in the United States, a patent is granted to the first person to invent any new and useful process, machine, manufacture, or composition of matter, or an improvement of these. If two inventors independently come up with the same invention and file patent applications for that invention at the U.S. Patent and Trademark Office (USPTO), an interference proceeding can be instituted to figure out who was first.

Under the coming system, a patent could be granted to an inventor who first files a patent application on a new and useful invention, even if that inventor is not the first in time to invent the subject matter. This system clearly encourages the early filing of patent applications. However, if the first filer derived a claimed invention from a second filer, the second filer may be able to institute a derivation proceeding at the USPTO to show that.

The Changing Definition of Prior Art

The transition to a first-inventor-to-file system is brought about by a change in what constitutes prior art to an invention. Under the new definition of prior art, an inventor shall be entitled to a patent unless the claimed invention was, before its effective filing date:

Additionally, no patent can be granted to a claimed invention that was described by a different inventor in a:

that was effectively filed earlier.

This definition is both a simplification and a broadening of what constitutes prior art. With limited exceptions, any document or activity that is made public before an application's earliest filing date can be used as prior art against an invention claimed in that application. An inventor will no longer be able to "swear behind" a prior art reference. Also, there are no longer any geographic limitations on what constitutes prior art. Thus, the publicly available document or activity can occur anywhere in the world.

Related to this, a US or international patent application is available as prior art as of its priority filing date in another country. What actually constitutes "otherwise available to the public" remains to be seen. There is, however, an indication in the legislative history that no change from the existing standard for determining public accessibility is intended, but interesting situations, unpredictable as of now, may arise.

Notably, an inventor's own secret commercial use, not available to the public, no longer forfeits the right to a patent, the rationale being that the first-inventor-to-file system provides sufficient incentive to file patent applications early; there is no need to additionally penalize an inventor who delays filing for a patent while secretly commercializing an invention to see whether it will be successful.

There are some exceptions to what constitutes prior art that provide a one-year grace period for an inventor. Thus, an inventor or co-inventor who publicly discloses their own invention still has one year in which to file a US patent application. The grace period also applies if the public disclosure was made by a non-inventor who obtained the disclosure from the inventor(s). However, as is the case now, such a public disclosure will bar the filing of any foreign patent applications on that subject matter.

Prior Commercial Use Defense

Strategies for Inventors On and After March 16, 2013 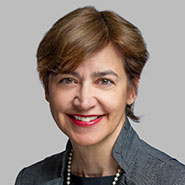