Over the last several years, non-compete agreements, which prevent workers from joining a competitor or starting a competing business for a time after separating from employment, have become less common as states enact legislation either banning them with few exceptions or prohibiting their use against workers who earn less than a prescribed income threshold.  Maine, Massachusetts, and New Hampshire each have laws restricting use of non-compete agreements.

Similar efforts by Congress to pass legislation to restrict use of non-compete agreements have not been successful.  For example, a proposed amendment to the federal Fair Labor Standards Act (“FLSA”) called “The Freedom to Compete Act” was introduced in July of 2021 and would have banned use of non-compete agreements with employees who are non-exempt under the FLSA.  This legislation was referred to the Committee on Health, Education, Labor, and Pensions after it was introduced and no further action has been taken.

There is a small carve out preserving the ability to use non-compete agreements in connection with the sale of a business. The proposed FTC rule would supersede any inconsistent state laws, regulations, orders, or interpretations. The complete text of the rule can be reviewed here.

The contemplated compliance deadline is 180 days following publication of the final rule. The comment period on the new rule is open through March 10, 2023. The FTC will review the comments and may make changes in a final rule based on the comments and the Commission's continued analysis of the issues.

It is anticipated that the final rule will face legal challenges on the grounds that FTC has exceeded its rulemaking powers.

The fate of FTC’s proposed new rule is unknown.  The comment period is still open and legal challenges are certain to be made.  In the meantime, employers can verify that existing employee non-compete agreements are compliant with state law and begin strategizing about how other employee restrictive covenants could be used in place of non-compete agreements to protect their businesses. 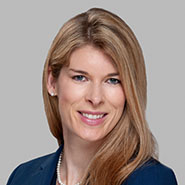 Presiding Officers, Parliamentarians, and Constitutional Officers  The first day of the 131st Legislature was relatively uneventful, and what was most notable is what didn’t happen – the Governor’s emergency energy relief bill. The results...

On December 7, 2022, President Biden signed the "Speak Out Act" which became effective that day. The Act prohibits the enforcement of blanket non-disclosure and non-disparagement clauses that are entered into before any allegation...