After a decade-long back-and-forth with states, NGOs and industry groups, the U.S. Environmental Protection Agency has finally announced that it will add a powerful dry cleaning solvent, 1-bromopropane, or “1-BP” to its list of hazardous air pollutants (HAP) under the Clean Air Act. 1-BP is an organic colorless liquid that is insoluble in water and is used in a variety of industries including solvent cleaning in electronic, metal, and precision cleaning operations; aerosols; adhesives; and as an intermediate chemical in the manufacture of pharmaceuticals and agricultural products. Considered to be a “no-brainer” addition to the list, 1-BP has been classified as “reasonably anticipated to be a human carcinogen” by the National Toxicology Program.

HAPs were established by Congress as part of the 1990 Clean Air Act amendments, consisting of a list of more than 180 air pollutants known to cause cancer and other serious health impacts. Under 42 U.S.C. § 7412(a)(7), EPA has broad authority to add any chemical to the list if it is “reasonably anticipated to harm humans or the environment.” The original list of chemicals includes those widely acknowledged to be harmful to human health, such as asbestos, benzene, mercury, methanol, and hexane. While EPA has removed chemicals from the HAP list before, this is the first time EPA is adding a chemical to the list.

What could have been a relatively short process ended up taking over a decade and spanning three administrations. The Halogenated Solvents Industry Alliance and New  York State Department of Environmental Conservation submitted petitions requesting that EPA add 1-BP to the HAP list in 2010 and 2011. Ordinarily, such a decision would take about 18 months, but the agency did not determine that the petitions were complete until early 2015. Following extended comment periods on the petitions and draft notice, the Trump administration granted the petition in 2020, but then indefinitely delayed adding it to the HAP list. On June 11, 2021, EPA finally published an advanced notice of proposed rulemaking to solicit data and comments on listing 1-BP as a HAP.

Now that EPA issued its decision to regulate 1-BP, the agency can set federal emission limits on the solvent for each category of sources that emits it. 1-BP will join the list of dry-cleaning related chemicals already regulated under the Clean Air Act such as perchloroethylene—regulated under the first toxics rule issued under the 1990 Clean Air Act amendments. But there is no deadline for doing so, and the process may not be as straightforward as it might seem. Indeed, industry groups already have expressed concern that EPA listed 1-BP as an HAP before figuring out how it should be integrated into existing regulatory programs. After all, this is the first time in 30 years that EPA is expanding the HAP list. According to an EPA spokesperson, EPA plans to propose a “regulatory infrastructure” this year for adding the chemical as a HAP with hopes the rule will be finalized by early 2023. Under 42 U.S.C. § 7412(e)(4), the decision to add 1-BP to the HAP list is not subject to court review until EPA formally promulgates emission standards under Section 112(d) of the Clean Air Act.

What does this mean for other potential HAP additions?

Regardless of how long it took EPA to decide to list 1-BP as an HAP, the decision could set precedent—and open the door—for other chemicals to be listed and reaffirms the Biden Administration’s goal of increasing regulation of air pollutants. In particular, industry eyes are turning to the family of chemicals commonly dubbed as “forever chemicals,” so called because their chemical makeup allows them to persist for many years in the environment before breaking down. These chemicals are called polyfluoroalkyl and perfluoroalkyl substances (“PFAS”) and have been found in cleaning supplies, cosmetics, fabric treatments, and personal care products. EPA made clear at the beginning of the current administration that PFAS was one of its highest priorities. In late 2021, EPA announced that it was launching a comprehensive PFAS Roadmap to address potential regulatory, administrative, and enforcement initiatives relating to PFAS in land, water, and air.  Citing the HAP provisions of the Clean Air Act, the PFAS Roadmap specifically noted that EPA was planning to “build the technical foundation to address PFAS air emissions” by Fall 2022.

Now that EPA has finalized its decision to list 1-BP as a HAP, the big question is whether PFAS is next. All eyes watch and wait for EPA’s next move on 1-BP, PFAS, and other potential new HAPs. 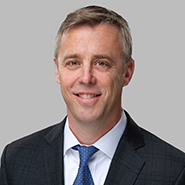 On April 6, the U.S. EPA published a proposed rule to reduce emissions of nitrogen oxides (NO x ) in 26 states that the agency says are impacting the ability of downwind states to...