After two days, hours of discussions, reported discrepancies in voting machines, and a hand recount of ballots, Roberto Rodriguez emerged as the winner of Portland’s at-large city council election. The hotly contested race was the first ranked-choice election in U.S. history to end in an initial tie, with the results resting on the re-tabluation of 37 disputed ballots. Preti Flaherty attorneys Dan Walker and Anne Sedlack served as key counsel for runner-up Brandon Mazer leading into his formal concession. 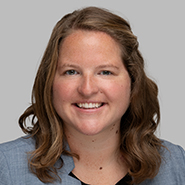 Over the past two decades, 37 states have legalized the production and/or sale of marijuana in some form. However, due to a lack of federal action, interstate commerce is still considered illegal and barred...