Preti Flaherty is pleased to announce that the firm’s partnership has named attorney Benjamin S. Piper as a partner. Ben is a member of the firm's Environmental, Litigation, and Media Law Practice Groups and works in the firm’s Portland, Maine, office. He previously practiced as an associate.

Ben represents clients ranging from individuals to large public and private companies in state and federal courts, mediation, and arbitration on a wide variety of complex litigation, including commercial disputes, environmental and professional liability, and intellectual property claims. Prior to joining Preti Flaherty in 2011, he served as law clerk to the Honorable John A. Woodcock, Jr. at the U.S. District Court, District of Maine. Ben received a JD from the University of Wisconsin Law School and a BA from Georgetown University. Since 2014, he has been recognized by Super Lawyers as a New England Rising Star in the field of Business Litigation.

A native of Falmouth, Maine, Ben lives in Portland with his wife, Erin. 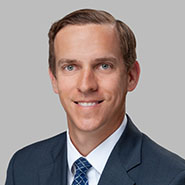 Lawdragon’s editorial team selected the 500 honorees through submissions, journalistic research, and editorial vetting by a board of peers. David Van Slyke is the managing partner of Preti Flaherty and a former chair of...

For the thirteenth consecutive year, Preti Flaherty attorney Tim Bryant has been recognized as a Franchise Times magazine “Legal Eagle.” Nominated by their peers, franchise attorneys chosen for this honor are considered among the...

Preti Flaherty is pleased to announce the arrival of two new attorneys to our Boston, Massachusetts, office: Angelica Li and Hannah M. Oakes. Angelica joins the firm as an Associate in our Environmental Practice...