Jonathan Piper elected to Portland Public Library Board of Trustees

Preti Flaherty is proud to announce that Jonathan Piper has been elected to serve on the Portland Public Library’s Board of Trustees.

Jon has a long history of service to several local organizations including a twenty-three-year tenure on the Board of Mercy Hospital/Mercy Health System of Maine, culminating in three years as the Chair of the Board. As resident of Falmouth, Jon served on the Town Council, Zoning Board, in the volunteer fire department, as the founder and chair of the Route One Study Committee, and as a coach to several Little League baseball and PeeWee basketball teams.

Chartered in 1867, the Portland Public Library is Maine’s oldest and largest public library system and seeks to be the civic and cultural center of a dynamic region in which citizens are literate, informed and engaged. As a member of the Board of Trustees, Jon aims to help them further that mission.

When asked why he serves on the board, Jon said, “As a First Amendment attorney, I am ever aware of the assaults on our democratic institutions and principles. Professionally and personally each of us must stand for the marketplace of ideas, access to informed facts, and the courage to speak truth to ignorance and demagoguery. Institutions like Portland Public Library are essential to that mission.” 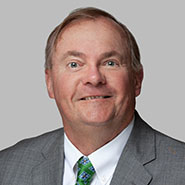 On April 6, the U.S. EPA published a proposed rule to reduce emissions of nitrogen oxides (NO x ) in 26 states that the agency says are impacting the ability of downwind states to...

Preti Flaherty is pleased to announce that attorney Crystal L. Bulges has joined the firm’s Environmental Practice Group, working in the Portland office. Crystal brings to the firm more than 20 years of experience...

As part of an editorial marking Sunshine Week , the annual celebration started by the American Society of News Editors to recognize the importance of open government, Preti Flaherty attorney Sig Schutz is quoted by the  Bangor...

United States Citizenship and Immigration Services announced that the H-1B initial registration period for the FY 2023 cap is scheduled to open at noon ET on March 1, 2022 and will remain open until noon ET...

Employers are starting to establish a new workplace normal. Employees are often returning to work in an environment that is dramatically different than the one they left two years ago. How we communicate with...

From Maine to Kushan: Teaching the U.S. Legal System in China

Preti Flaherty attorney Jeff Thaler was recently the subject of an essay written by one of his former students at Duke Kushan University (DKU). In 2019, Jeff spent time at DKU serving as a...

The Covid-19 pandemic has created a multitude of challenges for employers. As more employees return to the office in 2022—whether full-time or on a hybrid schedule—employers will face difficult compliance questions and, most likely...