Preti Flaherty attorney Evan M. Hansen has been recognized in Best Lawyers in America 2023 as the “Lawyer of the Year” in the field of Workers’ Compensation Law ­– Employers. 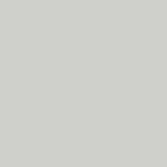