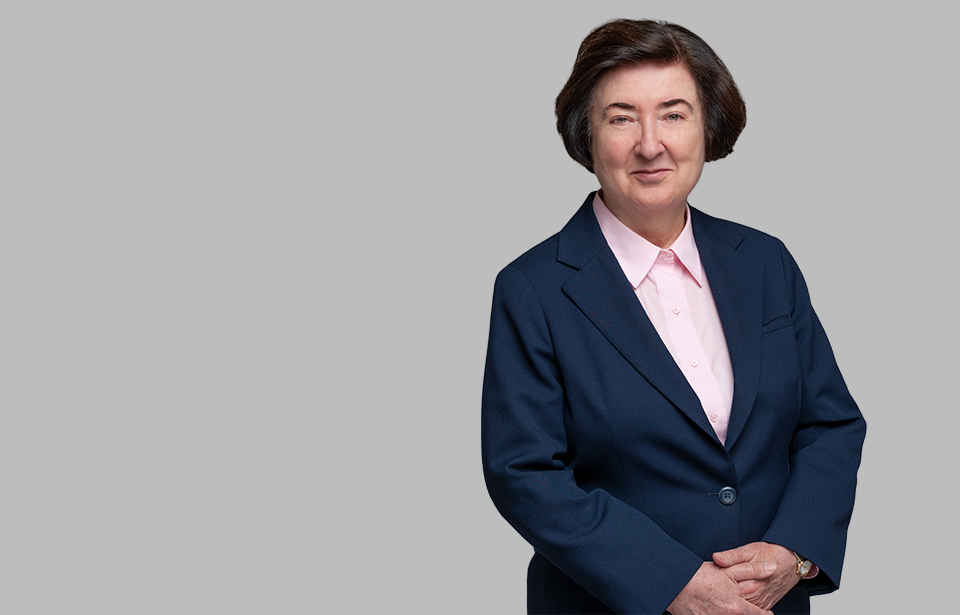 Estelle has a diverse practice spanning commercial and real estate law, land use, health law and trusts, estates, and probate.

As a member of the firm's Corporate and M&A Practice Group, she has represented developers, health care institutions and others in commercial transactions. She also has counseled lenders in various financial workouts in which she has handled commercial litigation and the renegotiation and documentation of outstanding indebtedness. Estelle has represented various parties before municipal planning boards and zoning boards of appeal on such matters as site plans, subdivisions, conditional use permits and variances.

As a member of the firm's Health Law Practice Group, she has counseled nursing facilities on regulatory matters including compliance with fraud and abuse laws and the handling of fines and sanctions imposed under federal and state law. She has also dealt with various corporate, collections and creditors' rights issues for health care providers.

Estelle has advised clients on the preparation of wills and powers of attorney for health care. She has handled probate for many decedents' estates and initiated guardianship and conservatorship proceedings for incapacitated persons.

Estelle's fluency in French has served to involve her in the formation and development of the American Association of the Forum Francophone des Affaires, the American chapter of an international organization that promotes trade among businesses in French-speaking countries. In October 1997, she traveled to Vietnam to attend the Forum's sixth international trade conference. She has also advised clients regarding Federal and State election law and has represented candidates, including former Senator George J. Mitchell, in their election and re-election campaigns for the United States Senate.

Prior to joining the firm, she worked in Washington, D.C., as a legislative assistant for U.S. Senators Edmund S. Muskie and George J. Mitchell. From 1980 to 1984, she advised Senator Mitchell on health and income security issues pending before the Senate Finance Committee. She wrote speeches and analyzed legislation in the areas of health, housing, education, labor, arts and humanities and Native Americans. From 1973 to 1980, she worked for Senator Muskie, advising him in similar areas of the law. Estelle also served as Special Assistant in Canadian Affairs to Maine Governor Kenneth M. Curtis from 1972 to 1973.

A native of Lewiston, Maine, she is a 1971 Phi Beta Kappa graduate of Bates College. She spent her junior year studying at the University of Lausanne in Lausanne, Switzerland. She obtained her law degree in 1982 from the Washington College of Law at American University in Washington, DC and joined Preti Flaherty in 1984.