Steve Langsdorf, attorney for the City of Augusta, is quoted in this article regarding a six-month moratorium on the establishment of recreational marijuana stores and social clubs within city limits.

In late November, Bridgeo said he asked Stephen Langsdorf, the city’s attorney, to prepare a draft recreational marijuana ordinance for councilors to consider adopting, given the election outcome.

At the time, several councilors expressed interest in a moratorium.

Langsdorf speculated the recount could delay legalization until sometime in January, but given the referendum’s margin of victory, he said his law firm, Preti, Flaherty, Beliveau & Pachios LLP, believes there is "an extremely low chance of that being flipped over." 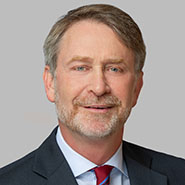 The (Legal) Interstate Cannabis Market Is Here to Stay

Matt Warner, of Preti Flaherty's Cannabis Business Practice Group, has authored an article for  Cannabis Law Journal  on a series of recent trends signaling the ongoing expansion of the legal interstate cannabis industry. The health of the interstate...

Preti Flaherty is pleased to announce that the firm’s partnership has named three new partners: Sara N. Moppin, Laura A. Rideout, and Emily T. White.  Each attorney stands out as a distinguished practitioner within...